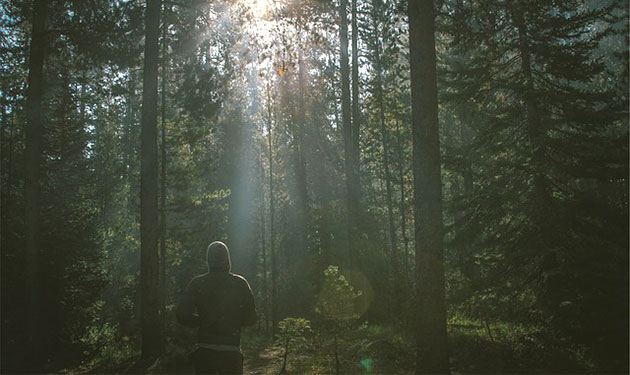 Is your Goal in Life to Win or Just Not Lose?

It hasn’t been too long ago that I was having a conversation about playing to win versus playing not to lose.  I’ve thought about that quite a bit since that conversation.

I work with people and talk about core beliefs.  They are one of the hardest things we have to identify, contend with, and to adjust toward truth.  So many of our core beliefs are false and almost all are developed during our formative years.

A child interprets life so differently than an adult does.  They are very concrete.  They do not have the maps or experiences in their brains to draw from in order to interpret words and actions in the adult world.  For example, my son was getting ready to go to kindergarten.  He was determined that he was not going.  I tried so hard to convince him that it was going to be a great experience and he was going to love it.  I told him that he would get to meet other new kids and make friends.  He flatly refused that idea.

I told him he would get to do crafts and artwork.  That wasn’t anything he was interested in.  He would get his own desk with his own pencils, crayons, and paper.  He wasn’t buying any of this.

Then I said, “you will get a recess every day,” He thought a minute and said, “ok, I’ll go.”  I was surprised how that had turned it all around but was glad he had decided to go without a fight.

The first day of school was exciting and I picked him up and we were talking about all the things that had happened that day.  I asked if he got a recess and he said no.  Well, I decided that being the first day perhaps there were just too many things to do so it just didn’t happen, so I assured him that tomorrow he would get that recess.

The second day was the same excitement about what had happened except, again, no recess.  I asked the question again, “so, you didn’t go outside?”  “Yea, we went outside, but we didn’t get a Reese’s.  THEN it dawned on me that he was expecting a Reese’s Peanut butter cup every day!  Yikes, that was a big misinterpretation.

We have laughed about how he had, at 5 years old, established his own interpretation.  It’s a silly story but illustrates perfectly how a core belief is developed during those formative years.  What if I had never discussed this with him?  Throughout his whole life he kept waiting, trying to manipulate, and never getting the result of the candy bar?

You can see the frustration, disappointment and all that would develop from not getting what was promised and expected out of school.

There are so many things that happen to a young child that goes along this story line, but are much deeper in the result of a core belief.  If a young child is made to make the parent happy (should be the other way around, but gets messed up due to dysfunction in the family) then that child will develop an attitude of playing not to lose instead of playing to win.  What am I saying here?  What does that look like in a person’s life?

It might look like a person that is constantly reading others and doing things for others so they don’t get mad at them or so they will like them.  That would mean that I’m not really caring about them as a person, but I am always worrying about their reaction toward me and trying so hard to tip toe, or compliment them or whatever it might take to keep them happy.

Your whole life is lived for the other person.  There is really no inherent worth within us.  We are completely at the mercy of everyone else.  Sounds exhausting doesn’t it?  It is!

This core belief that you are responsible for everyone else is the perfect storm for anxiety, depression and anger.  There is really no way for one person to make another person happy, nor can you earn anyone’s love. We are playing a losing game.  We lose our freedom, we lose ourselves, we lose our peace, and we lose our right to give gifts because we want to.  Life becomes a bunch of should of, could of, have to’s.  This makes me tired just writing this.

Playing to win or giving to others because we want to love them is a core belief that, when developed and believed, changes our lives for the better.

This, as you already know, is easier ‘said’ than ‘done’.  The deeper picture here is that you believe your self-worth is in what others think of you (if I just play not to lose then at least others will see my endeavor).

If playing not to lose is about being ‘seen’, then what is playing to win?  It’s about our inherent worth.  Our self-worth doesn’t change from day to day, it is always the same.  We can’t increase it by doing good (or trying to look good), or decrease it by screwing up.  That is a very hard concept for many of us to grasp.  So many of us have grown up still believing that we were going to get a Reese’s every day and it’s never happened.

We strive every day to get the other person to give us the candy but it never comes so our belief is that something wrong with us….we assume that everyone else must get their Reese’s everyday.  My question to you is, does it change who you really are if people approve of you or not?

When I work with people one of the things we discuss the most is all around our self-worth.

“We are loved.  Born out of love, into love, to know love, and to be loved.  Yes, we were born into a fallen, sorry world, which is at the same time more lovely than any fairy tale.  It is both.  And in the beautiful, heartbreaking world, God…the eternal, omniscient, amazing One…loves human beings. Including YOU!” – Staci Eldredge, Becoming Myself

Now…WHAT IF…that was a core belief?  Write your own statement about who you are and why you are loved (I know sometimes we don’t feel loved, but the fact is God IS love).  Some of you reading this are not convinced that God is love because this world is ruthless and damages our hearts and our spirits, but our self-worth is that we are uniquely formed and our past shapes us in good and bad ways.  How we handle all this is how we move through life.  I have people look in the mirror and say statements like “Patti, I like you” and then when they can say that without laughing or flinching then change it to, “Patti, I love you,” or “Patti you deserve success”, or “Patti you can now love others freely”.  Try this….It will seem silly at first but it can become very powerful and big step toward having self-esteem versus other-esteem.  Give out of love, not for self-advancement!! Play to win!!

PS….  If you struggle with worthlessness and low self-esteem, finding a great therapist to work with is another big step.